Cavendish prepares to welcome thousands before the music festival kicks off 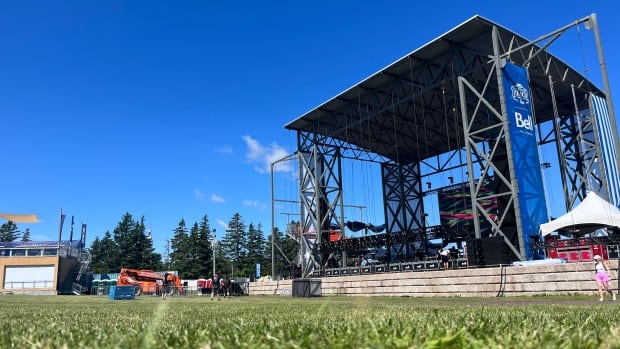 The final countdown to the Cavendish Beach Music Festival weekend has begun, and festival staff and event teams are busy preparing to welcome thousands of people.

The festival returns this summer after being canceled in 2020 and 2021 due to COVID-19.

“It’s pretty amazing,” said festival CEO Ben Murphy. “Just to see a lot of the same people from different vendors and contract workers, to work with them again.”

Murphy said workers had been preparing the site for two weeks and were now putting the final details in place. Food and drink vendors have started arriving and crews are setting up production equipment on the main stage.

Murphy said the festival had recorded record ticket sales with weekend passes selling out within days. He said the event, which runs from July 7-9, will welcome around 25,000 people each day.

“I think it shows there’s a little pent up demand over the past three years and so we’re looking forward to welcoming people back,” he said.

There will be 45 artists performing throughout the festival, Murphy said, and headliners such as Luke Combs and Darius Rucker have also fueled ticket demand.

Next to the festival grounds in the village of Avonlea, businesses are stocking extra products on shelves and adding staff to handle the influx of visitors.

“There’s a lot to do and we’ve certainly worked with the music festival to make sure things run smoothly,” said Peter Fullerton, property manager at Avonlea Village.

He said fencing had been put up to create pathways directing people to and from the festival.

Select festival performers will perform free concerts on the Avonlea Village Boardwalk between 4 p.m. and 6 p.m. throughout the weekend, he said.

At Bistro La Rose, chef and owner Greg Arsenault said he looks forward to welcoming many guests. He and his team arrived at the beginning of the week to prepare for the weekend.

“We’re just trying to stay on top of things because eventually it’s going to be an absolute zoo here,” Arsenault said.

Further down the promenade at COWS Avonlea, manager Mya Welton said the store brought in an extra shipment of ice cream and staff spent the past week making cones ahead of the weekend.

“We definitely have more staff,” Welton said. “I’m very overwhelmed with the number of people coming for sure, but we’re definitely prepared, we’re ready. I’ve been preparing for weeks.”

RCMP will be patrolling the festival grounds and the Cavendish area all weekend. sergeant. Jillian Boutilier said 30 additional police officers will come to the island from New Brunswick.

“With any big crowd, we always have concerns, so we’ve been preparing for a few months to make sure we have the right resources,” Boutilier said.

She said drivers can expect to see increased traffic in the area throughout the weekend and police will be issuing tickets and towing vehicles parked in no-parking zones.

“We want everyone to have fun, but we want them to be responsible and we want them to think ahead about getting to the festival safely by car and going home,” Boutilier said. .