Cam Ross, the best receiver in UConn football, will likely miss the season with a broken foot 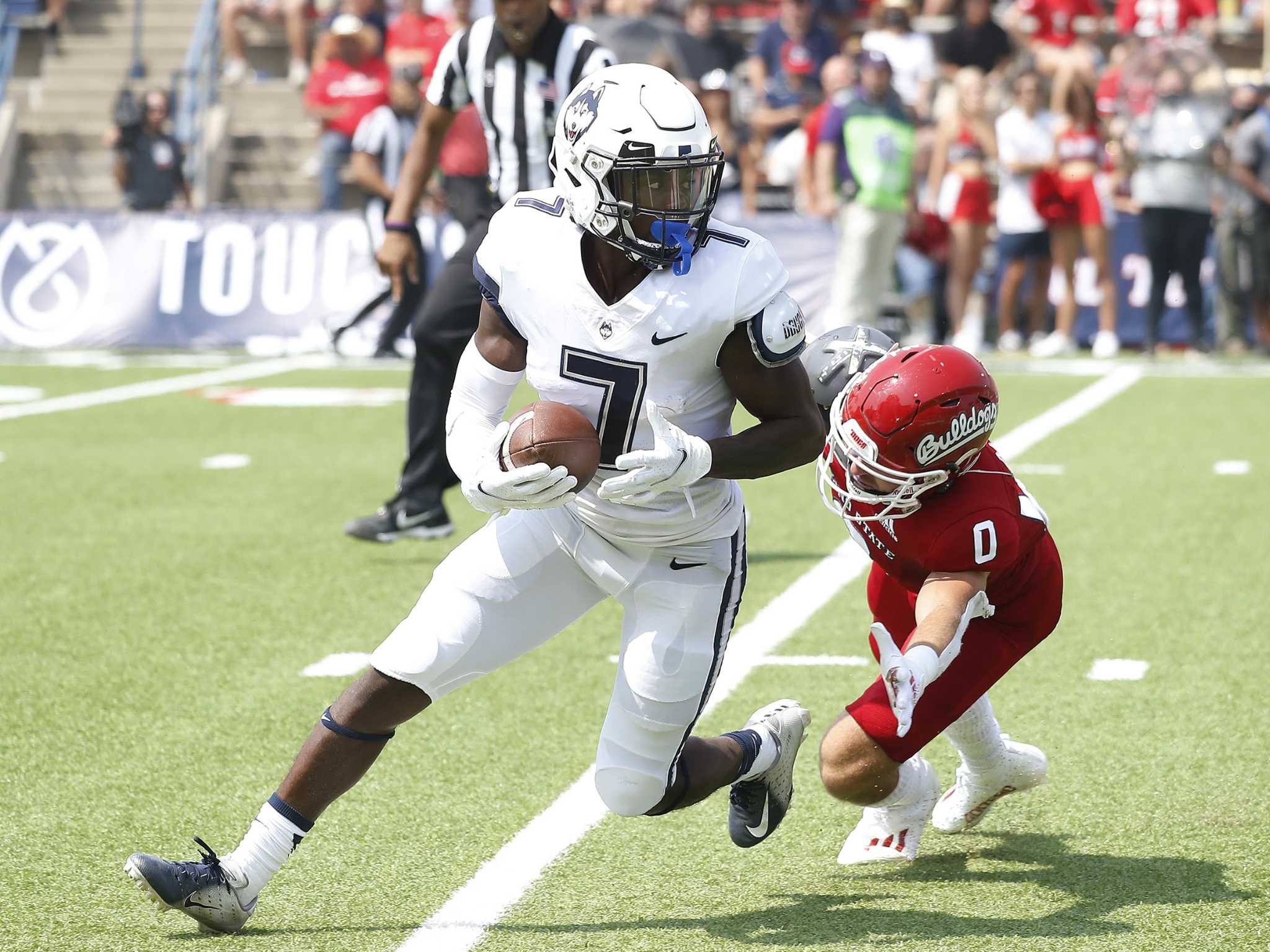 STORRS — With just 10 days left until UConn kicks off the football season at Utah State, Coach Jim Mora and the Huskies are moving from fall camp to game prep.

But as the Huskies change direction, the team prepares for the season without a major play. Mora said Wednesday that redshirt second-year wide receiver Cam Ross broke his foot and “it looks like he’s going to be out for the season.”

Ross caught a pass before his left foot was caught in an awkward position during Saturday’s scrimmage. A year ago, he broke his right foot in Week 2 against Holy Cross and missed the rest of the season.

“You feel so bad for the kid, it happened to him last year and he worked so hard to come back,” Mora said.

Ross, who came to UConn from St. John’s College High School in Washington DC, had 60 receptions as a rookie in 2019. He was expected to be the No. 1 receiver in a group that was relatively stoned for much of the camp.

“You never want to appear callous with these things, but it’s part of this game and we have to adapt as a team,” Mora said. “His presence will always be felt as a leader in this team, whether he is on the pitch with us in training or not.”

The loss of Ross will impact UConn’s passing game, although it remains to be seen who will start at quarterback. A split training session on Wednesday morning, with the second half of training focusing on match preparation, provided insight into the approach heading into Week 1.

But Mora said if the quarterback’s situation becomes clearer, an announcement on a starter would not be made for competitive advantage reasons.

“I think we’re close and we won’t let you know,” Mora said. “Because it really makes sense of a competitive advantage for us not to let Utah State know who’s going to play quarterback. They don’t have a movie on those guys anyway, but I I’m still going to play it near the vest.

Over the past few weeks, Ta’Quan Roberson, Penn State’s redshirted sophomore transfer, has seemingly become the favorite for the starting job.

True freshman Zion Turner and redshirt freshman Tyler Phommachanh, who started three games for the Huskies last year but are returning to game speed after a knee injury that put end of the season, are apparently not far behind.

Mora will see who can adapt best to the Week 1 game plan.

“We’re still evaluating it,” Mora said. “But we have moved to a position where we are really preparing to make a decision. We want to look at a few things happening this week and some of the prep stuff. We put new stuff in and see who can handle it best and take what they learn in meetings and apply it in the field in a quick way.

Mora spent a good chunk of Wednesday’s practice with the defense as they prepare for the expected different look on offense against Utah State.

“We go into game week, and I had an involvement with these guys,” Mora said. “We’re playing against a team that’s doing different things than what we’ve seen from our offense all spring and in camp, so we have to have a few wrinkles and I wanted to make sure we’re all on the same page going from the front. .”

UConn will be the heavy underdog against Utah State, which finished the 2021 season ranked 24th in the nation with an 11-3 record.

“We’re going to Utah State, they were top 25 teams,” Mora said. “I first looked at the program and thought ‘Where is our warm-up match?’

“Then I realized we were their warm-up game. They’re playing Alabama next week. They see us as some kind of fodder.

While the whole camp had its ups and downs, Mora was most impressed with his team’s energy and competitiveness.

Still, he acknowledges that his team will see what they are really made of in the first game.

“I can only go from what I see in training,” Mora said. “What I feel in the meetings, the energy and the confidence that they show, but until we are in real action, it’s still an unknown. I have a good idea of ​​where we are.

Much of the talk about fall camp has revolved around improving camaraderie over previous years.

But as a 27.5-point underdog against Utah State, the new positive atmosphere surrounding the program will be tested.

“I’ve never been a 27-point underdog in my life, and I’m not really happy about that,” Mora said. “I hate being a guy who is always motivated by outside influences because when you talk to your team it’s about being motivated by trying to do your best. I don’t dwell on it, but I know it’s there.

“I don’t like it, but I understand it,” Mora added. “They were 11-3, they turned it on in attack last year. They kicked the dog out of some really good teams. They went to a bowling game and played against Oregon State, a good Pac-12 team, and chased them. We don’t know what we are yet so I get it, we’ll find out.

Mora will take the field as a coach for the first time since November 2017, when he still coached UCLA. Motivation won’t be a problem for Mora or his players.

“Bring them on, put the ball down and let’s play,” Mora said. “If you’re a real competitor, you want to compare yourself to the best. We have a dressing room full of competitors, let’s see where we are at the end of the day.