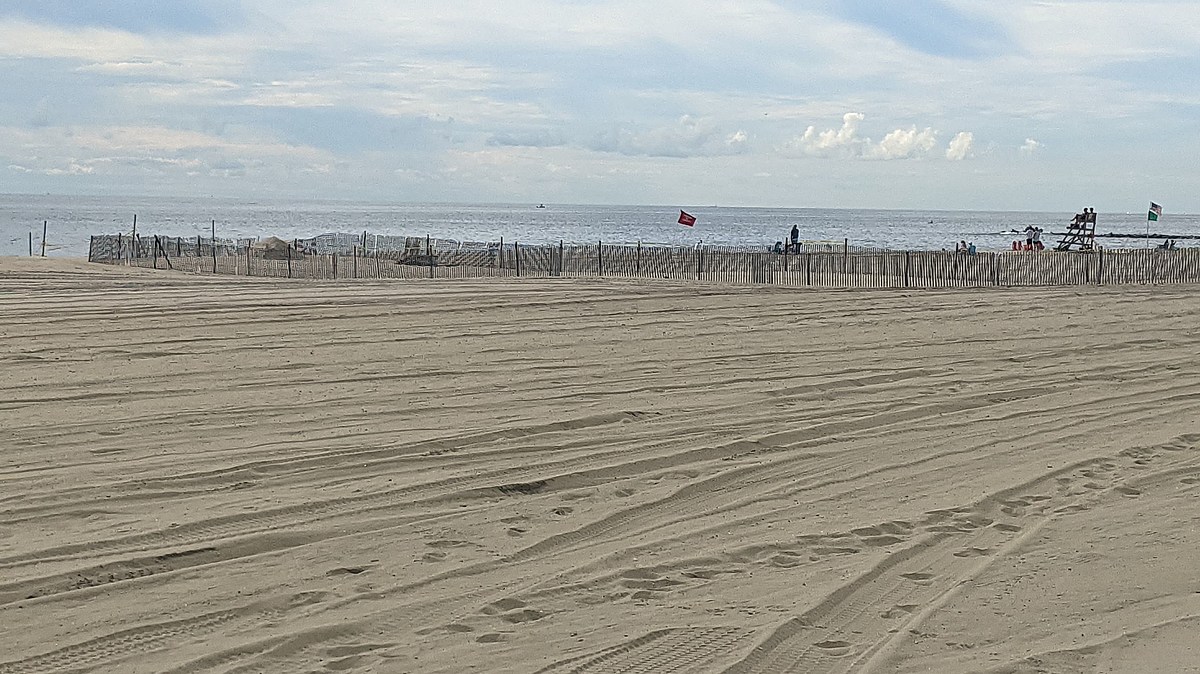 BRADLEY BEACH — The New Jersey Department of Environmental Protection said tidal cycles explained the sinkholes’ filling days after they were announced at a beach in this Jersey Shore borough, but officials didn’t say. the point on a second beach to the north.

Last Monday, the Bradley Beach Police Department said a sinkhole was discovered near the waterline of Lake Terrace Beach, near the border with Ocean Grove.

But that was the same day the borough’s Facebook page declared the beach open on McCabe Avenue, following a Thursday, Aug. 11, closure.

A small area remained fenced off on McCabe Avenue, the borough said, though neither its Facebook account nor that of the police department has released any further information about Lake Terrace since.

As Mayor Larry Fox previously acknowledged, the Army Corps of Engineers, NJDEP, and the Borough’s Emergency Management and Public Works teams assisted in the restoration.

But an NJ.com report Monday, citing DEP, said sand from tidal cycles had mostly filled in the holes at McCabe.

The public continues to be advised to avoid any fenced areas.

Patrick Lavery is a reporter and anchor for New Jersey 101.5. You can reach him at [email protected]

WATCH: The most extreme temperatures in every state’s history

What would happen to NJ if we were attacked by nuclear weapons?

We used Alex Wellerstein’s NUKEMAP to see what would happen if a nuclear warhead hit New York, Philadelphia, Washington or New Jersey.

Models show what would happen during an air detonation, meaning the bomb would be detonated into the sky, causing extensive damage to structures and people below; or what would happen in a detonation on the ground, which would have the alarming result of nuclear fallout. The models do not take into account the number of casualties that would result from the fallout.

In 2017, NASA opened the digital doors to its Image and Video Library website, giving the public access to more than 140,000 images, videos, and audio files. The collection offers unprecedented views of space. Stacker reviewed the collection to select 31 of the most breathtaking images, including the first from the James Webb Space Telescope. Keep reading to see these stunning images, curated with more information about the scenes captured.
Beach camping