At orientation, talented graduate students from around the world prepare to broaden their horizons 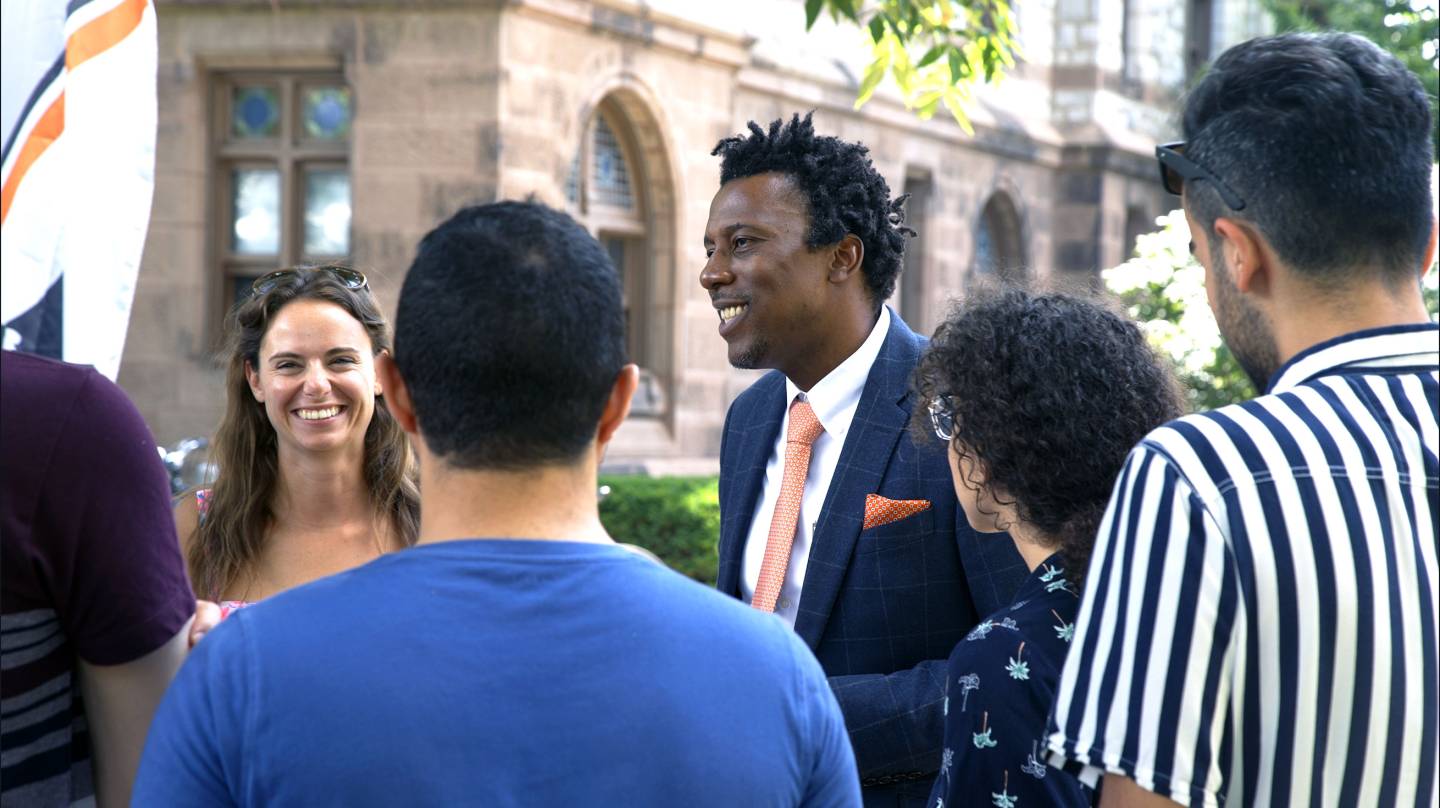 Princeton University welcomed 743 graduate students from 55 countries for the 2022-23 academic year during orientation activities held from August 31 to September 1. These incoming graduate students are the High schoolthe largest cohort in over a decade.

In a keynote address Wednesday, August 31, at Alexander Hall’s Richardson Auditorium, President Christopher L. Eisgruber urged students to participate fully in the Princeton community and take advantage of the many opportunities available to them outside of their academic work.

“I firmly believe that you will do this job better and thrive and prosper as a person if you find ways to expand your horizons, which will ultimately contribute to your life and career in ways that are hard to describe or imagine,” Eisgruber said.

“You are one of the most diverse groups of incoming graduate students in the history of this university,” he added. “Embrace this diversity, learn from this diversity, be proud of it, get to know yourself across all kinds of different lines and borders. Because the group of people you are with now – whether graduate students or any other member of this community – are remarkable individuals who can broaden your perspective and learn from you in all sorts of different ways. .

Dean of the Graduate School Rodney Priestley, Professor of Chemical and Biological Engineering Pomeroy and Betty Perry Smith, who took up his new role as Dean on June 1, highlighted the energy, excitement and potential of the new year university. He shared his journey through the academy, which was sparked by his own graduate school experience and later shaped by his relationship with students in his lab. 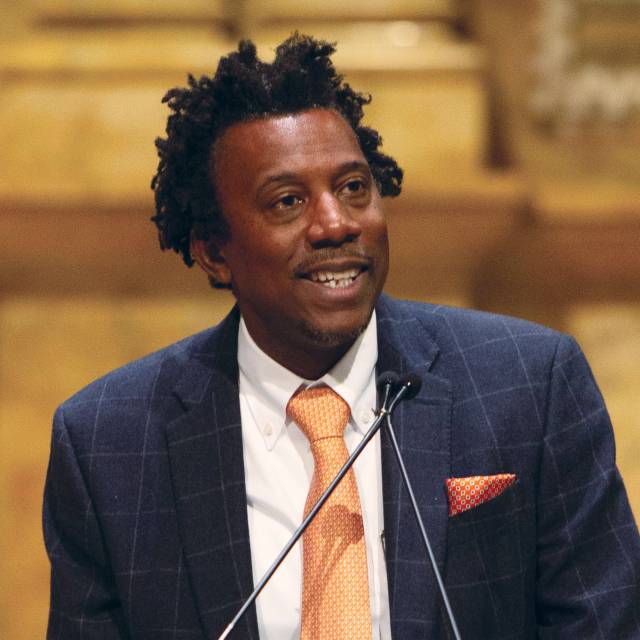 Priestley highlighted the energy, excitement and potential of the new academic year in his opening remarks during orientation.

“As Dean, my goal is to help you realize your potential – for you to recognize Princeton as a place to explore, a place to thrive and a place where you belong,” he said. “Graduate studies are difficult, of course. It can deliver unexpected triumphs and setbacks. It’s a place where even the most prepared can sometimes struggle. Some days you feel triumphant. I hope today is one of those days because you have earned your right to be here.

During orientation, Princeton graduate students learned about each other — and Princeton’s many services and offerings — over meals and an information fair held under a tent on Alexander Beach. They also attended a full range of workshops and events, where they heard from current Princeton faculty, staff and students about what to expect in the days, weeks, months and years. coming.

Princeton’s new graduate students enter the University not only under a new Dean, but also during a time of significant growth and investment in higher education. Beginning with the 2022-23 academic year, Princeton has increased its graduate scholarship and stipend rates.

Construction is underway at Princeton’s Lake Campus Development, where the new Meadows Graduate Housing facility will house more than 600 graduate and postdoctoral students, allowing Princeton to provide housing for all graduate students who want it. Once the initial phase of development is complete, the Lake Campus Development will provide potential sites for the siting of world-class science facilities, enabling the University to strengthen the region’s innovation ecosystem and create opportunities university partnerships with the not-for-profit, corporate and government sectors.

Earlier in the week, 48 scholars from 28 departments attended the Graduate Fellowship Program Retreat for first-year pre-doctoral and graduate students from economically diverse and historically underrepresented backgrounds.

Tatiane Rangel, a first-year PhD student in Spanish and Portuguese from Brazil, said she was excited about the increased stipend, especially since she came from a background where she always needed to work while studying.

“The stipend allows us to be the best professionals we can be and fully engage in our campus life,” she said. “I hope to give as much to the University as it offers to me.”

One of Priestley’s priorities as Dean will be to support the Graduate School’s progress in diversifying the graduate student population, attracting talented scholars from all walks of life, and cultivating a more inclusive and welcoming environment. Twenty-two percent of this year’s new graduates are from historically underrepresented racial or ethnic groups and 27% are from first-generation/low-income backgrounds.

Earlier in the week, the Graduate Scholarship Program (GSP), held its annual retreat for pre-doctoral and first-year graduate students from economically diverse and historically underrepresented backgrounds. Forty-eight scholars from 28 departments attended the GSP retreat as part of their introduction to Princeton. Nearly 200 graduate students have participated in the program — which provides year-round mentorship and social and academic support — since its launch in 2018.

Ani Ajith, a master’s student in computer science from India, said that during his first days at Princeton, he had already met fellow academics from Japan, Greece and Thailand, to name a few. and that he enjoyed learning more about their work and life in their home countries. 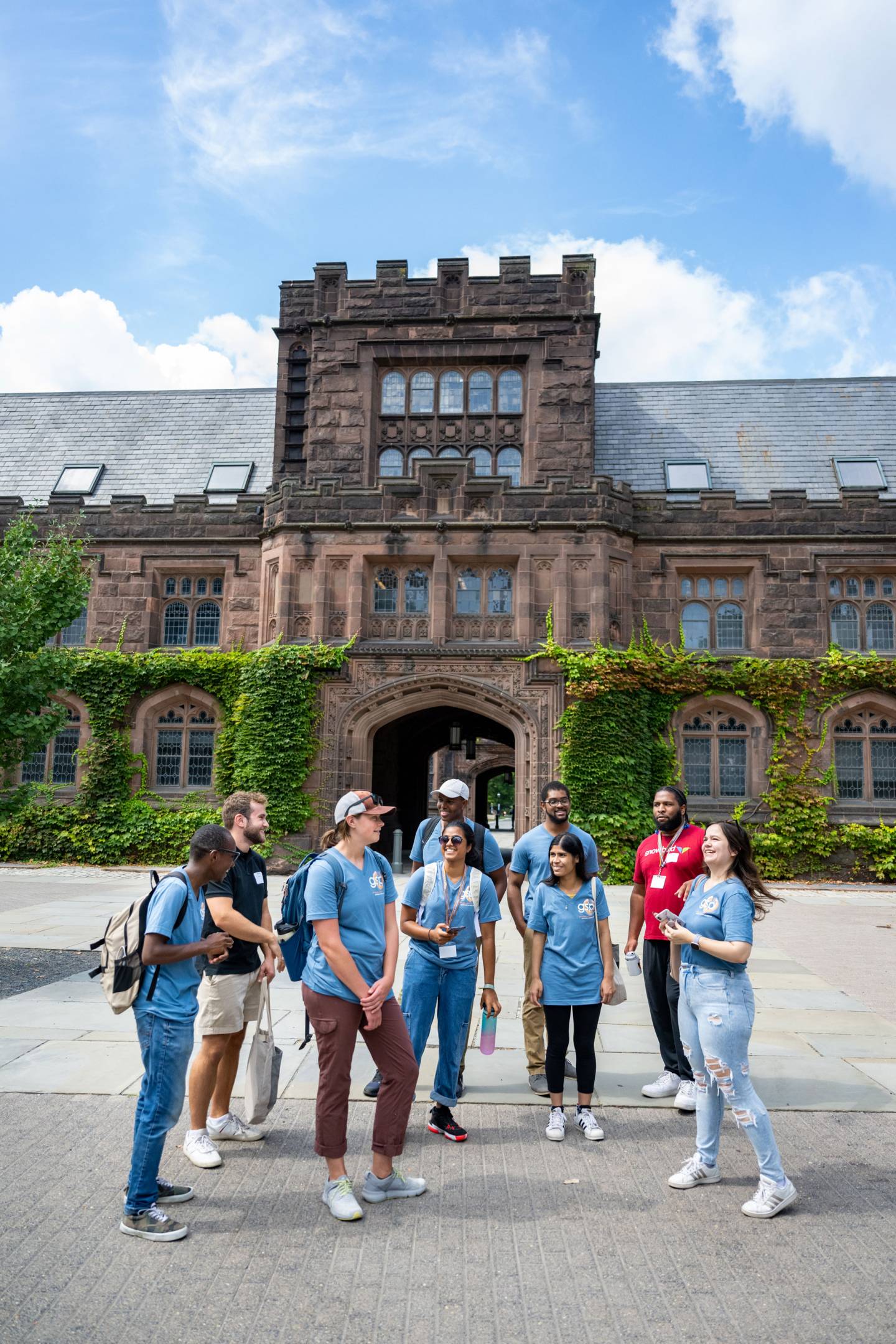 “It’s interesting and fun for me,” Ajith said. “It wasn’t a primary consideration coming to Princeton, but it’s an added bonus now. There aren’t many places in the world where you can talk to random people and find that much diversity.

Faculty and current students shared their top tips for navigating academic work and grad life during a panel on “Success in Graduate Studies,” moderated by Lisa Schreyer, Senior Associate Dean for Student Affairs at the Graduate School.

Johana De la Cruz Gamez, a master’s student at the Princeton School of Public and International Affairs, reminded new scholars that their challenges can be as great as their victories. “Every setback will add to your knowledge and confidence in the future,” she said. “So don’t be discouraged, especially the first year, which is a period of transition. It’s okay to take setbacks and embrace them to inform what you’re doing to move forward.

Erika Milam, Charles C. and Emily R. Gillispie Professor of History of Science, encouraged students to balance their well-being with their academic work from the first days of their arrival. “You’ll always feel like your job is never done, so you need to cultivate a practice of taking the breaks you need before you get into a meltdown,” she said.

“Everything here right now is going to be really new and fresh for you,” Finn said. “I think one of the characteristics of being a graduate student is how excited we are about new things, but also how we sit and linger with complex problems and questions for many years at a time. , without knowing where our research will lead us.”