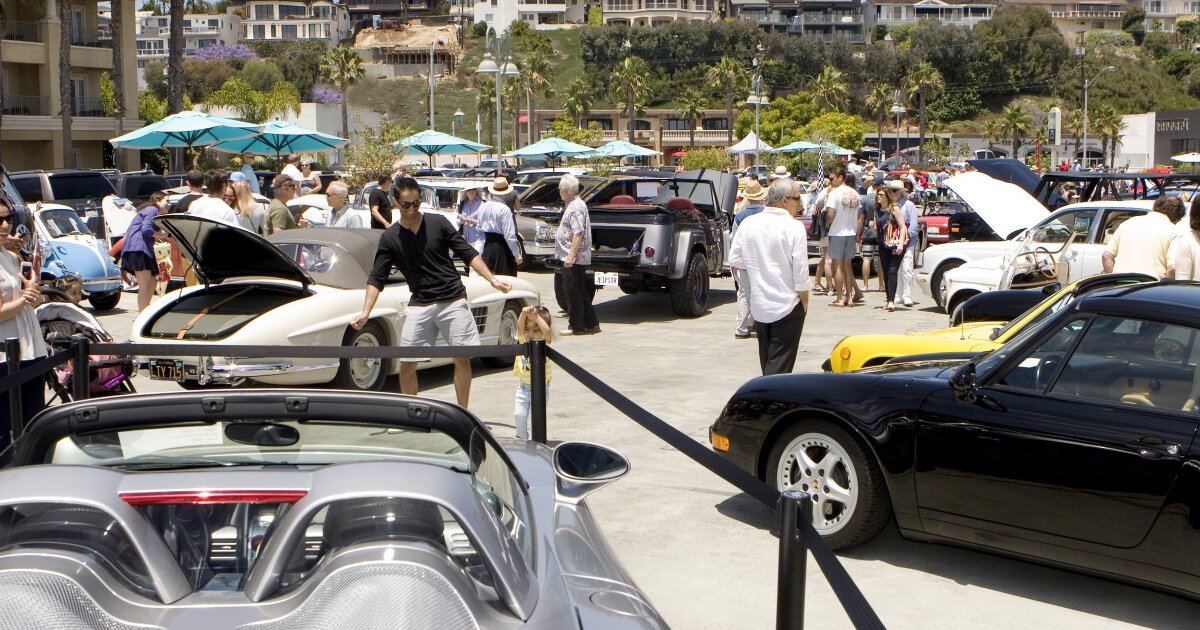 Balboa Bay Resort’s annual Father’s Day Car Show returns this Sunday, starting at 11 a.m. and running until 2 p.m. The event is suitable for the whole family.

Visitors will see a collection of beautiful cars on the upper parking deck of Balboa Bay Resort. Live music will entertain guests, and grills, cocktails and concessions will be available for purchase. Tickets are not necessary for attendees as the show is free.

‘Stand and Salute’ on June 23 aims to raise $175,000 for OC nonprofits supporting veterans

The Orange County Community Foundation is asking area residents to participate in an online giving day Thursday to help raise $175,000 for five nonprofit organizations that serve veterans and their families in Orange County. ‘Orange.

Stand and Salute will support groups that offer a range of resources and services, including assessment and referral, mental health programs, employment resources, family support and financial counselling. The event is part of the Foundation’s iheartOC Collaborative Giving Day, which connects potential donors and volunteers with local causes close to their hearts.

Entries are still being accepted for OC Fair competitions

If you’re a talented baker or have the greenest thumb, there’s still time to enter a number of culinary arts and horticulture competitions for the annual Orange County Fair, which runs from July 15 to August 15.

The deadline for culinary entries — including the Cookies, Bars and Brownies, Sugar and Yeast Arts and Confections, and Quick Breads categories — is July 5. 13 with weekly entry deadlines and events throughout the fair.

Yamamura replaces outgoing Chancellor Dr. John Weispfenning, who is retiring after a 30-year career in higher education. He has served as president of Folsom Lake College since 2017 and comes to Southern California after 33 years in that college’s Los Rios Community College District.

Prior to being named president, Yamamura worked his way up from part-time to full-time trainee professor, before accepting the posts of dean, vice president, and acting president.

“My family taught me that education empowers us to right injustices while creating opportunities to better ourselves and our communities,” Yamamura said in a June 16 statement. “I am grateful to the trustees and communities of the Coastal District for this opportunity to lead and serve alongside you in the great work of education.”

The nonprofit Exchange Club of Newport Harbor announced this week the results of several award programs to benefit students in the Newport-Mesa Unified School District.

The high school students selected to receive the “Accepting the Challenge of Excellence” award have demonstrated their ability to overcome obstacles and move towards positive change. Recognized at a recent luncheon, the students won $3,000 scholarships.

A total of 31 elementary school students were also recognized as winners of the organization’s “Young Citizen Essay Contest,” which asked participants to reflect on what makes a good citizen. First-place recipients won a Kindle Fire, and Kit Harrington, a sixth-grader from Mariners Elementary School, read his essay at the Exchange Club’s May 27 Field of Honor Youth ceremony.

June 24 is the opening day of the sawdust festival

The 56th Annual Sawdust Art Festival in Laguna Beach opens for the summer on Friday, June 24 at 11 a.m.

Laguna Beach Mayor Sue Kempf is scheduled to appear for a ribbon-cutting ceremony at 10:45 a.m., according to Franky Duschane, director of marketing and public relations for the festival.

The festival, located at 935 Laguna Canyon Road, will be open daily until Sunday, August 28. Attendees will be able to purchase creations by 162 local artists, listen to live music and take classes.

‘Jay Johnson: The Two and Only’ at Laguna Playhouse

Jay Johnson will perform his award-winning ventriloquist act onstage for two shows at the Laguna Playhouse this weekend.

Pre-show entertainment will be provided by Cirque Kids LA

Also on Saturday, various musical acts will take part in the Fête de la Musique. A live jazz band will kick off the festivities at 11 a.m. on the Main Beach stage and in the cobblestone area. The opening ceremony is scheduled for 1:00 p.m., and bands and belly dancers will perform on the same stage from 1:20 p.m. to 5:00 p.m.

In July, the Huntington Beach Academy for the Performing Arts hosts a pop and rock music summer camp for children and teens ages 10-16.

The Plug-In to Pop Music Camp will be held Monday through Friday from 12:30 p.m. to 3:30 p.m., July 18-29, on the campus of Huntington Beach High School. MMET program faculty members Nicole Kubis and Kamber Fishbein will lead the summer camp for children of all levels of musical experience.

Students will learn the basics of guitar, bass, drums, keyboards, and vocals, as well as songwriting and ear training.

Registration is $299 and available at hbapa.online/pop-camp. It is recommended to register early, as places are limited.

Three women’s water polo players with local ties have been named to the US water polo team for the upcoming FINA World Championships, which begin Monday in Hungary.

Corona del Mar High graduates Maddie Musselman and Stephania Haralabidis, as well as Newport Harbor graduate Kaleigh Gilchrist, are all on the list.

Team USA, which has won three consecutive world championships, kicks off the tournament with a game against South Africa on Monday at 9 a.m. PT.

The American men open their tournament against Serbia on Tuesday at 10:30 a.m. PT.