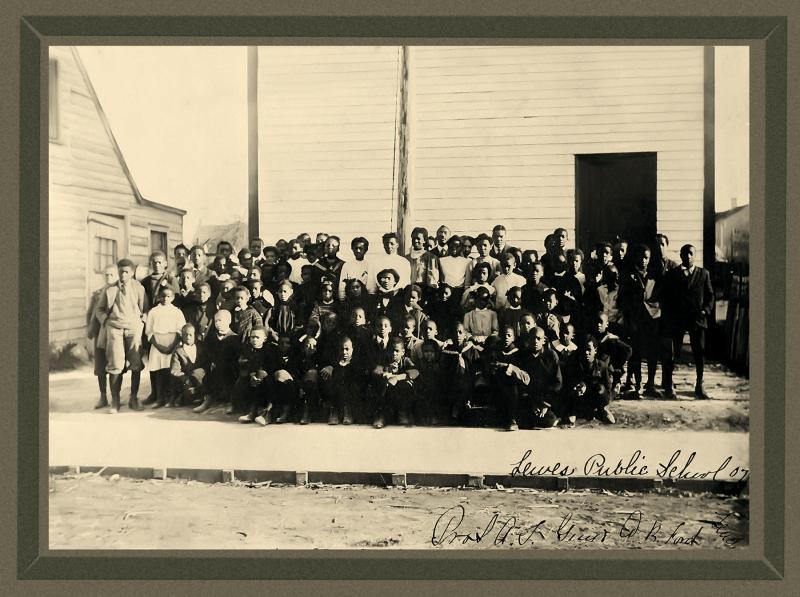 As with much of the country, the African-American history of Lewes and Sussex County is complicated and sometimes difficult to hear.

The Lewes Historical Society doesn’t shy away from this story in its latest walking tour, as participants visit nine sites across Lewes to learn about the good, the bad and the sometimes ugly past.

“Finding Their Voices: The History and Legacy of the African American Community in Lewes, Del.” kicked off in February, taking participants through history from the colonial period of slavery, through post-Civil War and segregation, to more recent times.

Marcos Salaverria, director of education for LHS, spent two years researching African-American history to organize the tour. He said the project was given to him by former executive director Jim Abbott.

Lewes’ African-American history has been in the spotlight in recent years, with the honorary renaming of West Fourth Street as Dr. Martin Luther King Jr. Way, the renaming of Beach 2 as Johnnie Walker Beach and the recent discussion of the placement of the menhaden fishing net reel on the historical society campus.

Salaverria was tasked with delving into the archives of the historical society to uncover overlooked or ignored stories of Lewes’ past.

“It’s not a separate story,” Salaverria said. “It really is in the heart of Lewes.”

This tour goes far beyond these three recently covered topics, offering a deeper look into the lives of many black residents, both free and enslaved.

The tour begins at the Hiram Burton House on the Historical Society’s campus, then continues to the Early Plank House, which has been reinterpreted as a slave cabin. Salaverria said the dimensions match those of the slave quarters that once stood on Pilottown Road across from St. George AME Cemetery. Earlier this year, a project led by the Greater Lewes Foundation found that as many as 550 African Americans are buried in the cemetery. The previous estimate was less than 100.

The third site on the tour is the menhaden net reel, which was once located at the Fish Products factory in Lewes Beach. The reel depicts a time in the 20th century when white and black employees worked together while most of the country was still in the midst of an age of segregation.

The tour then leaves the LHS campus for Park Avenue, where the city’s first black school opened. The original structure still stands and provides a familiar setting in a photograph taken outside the school in 1907.

Tour participants then proceed to St. George AME Church; the site of the former Happy Day Club; the former St. Paul’s Methodist Church, now a private home; a former free black family home on Market Street; and end the tour at the Ryves Holt House on Second Street, the oldest house in the state of Delaware. Stories illustrating the life of the black community are depicted at each stop.

Salaverria said the tour is expected to grow. With the release of a mobile app later this year, he said, the plan is to expand the tour to 25 sites across Sussex county.

About 100 people have taken part in the tour so far, and the reception has been overwhelmingly positive, Salaverria said.

“I would say the overall contribution has been very respectful, has been curious,” he said. “There have certainly been questions that I don’t know the answer to. As I tell all my guides, I may not know the answer, but I will do my best to find it. More research to come.

The title of the tour, “Finding Their Voices”, was inspired by a quote from Ilyasah Shabazz, author, social activist and daughter of Malcolm X. Shabazz said, “Teaching, and specifically teaching critical thinking about story, is a way to help people find their voice.

Tours are at 2 p.m. most Saturdays and Sundays and 4 p.m. most Tuesdays. Tickets are $10 per adult and can be reserved at historiclewes.org/visit/tours.html.

In addition to tours, the Lewes Historical Society is also developing an oral history project. Individuals will be videotaped answering 10 questions designed to elicit a holistic story from each person, providing a comprehensive window into the African American experience.

Lewes Historical Society is looking for volunteers to help in a variety of capacities. Training sessions are scheduled for Tuesday, April 5 and 19. Anyone interested should email Marcos Salaverria at [email protected]