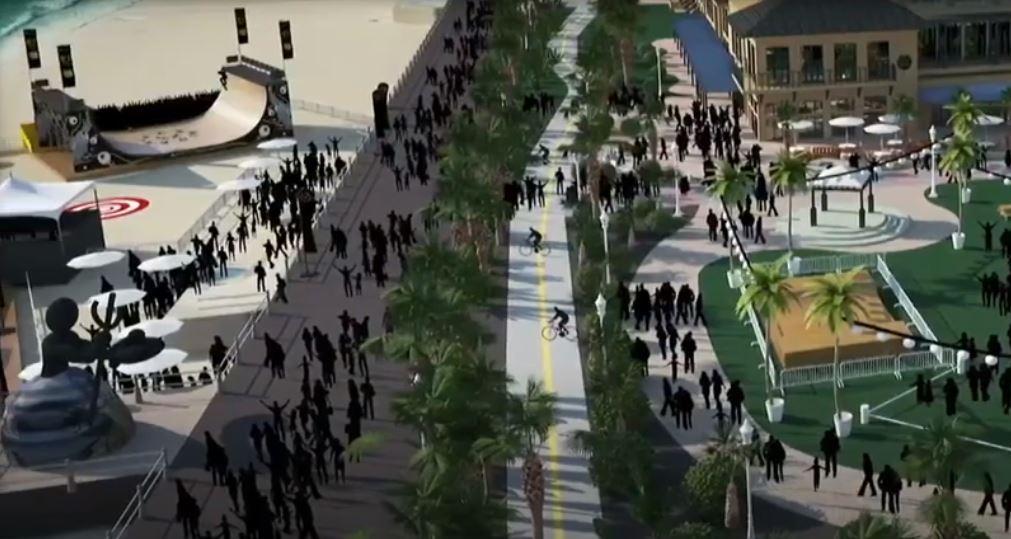 Event will run on weekend traditionally reserved for Patriotic Festival

VIRGINIA BEACH, Va. (WAVY) — After losing a trio of large events in 2021, Virginia Beach Mayor Bobby Dyer announced a Canadian-based action sports festival will be making its US debut in the city in 2023.

“Virginia Beach, get ready for ‘Jackalope,’” Dyer said, near the culmination of his 2022 State of the City address, before a short clip with thunderous music outlined what the festival would look like.

Described on its website as a festival that “shines a bright light on action sports,” Jackalope will bring to the beach everything from skateboarding and break dancing to bicycle motocross (BMX) and bungee jumping. Of course, there will also be surfing.

It will arrive June 3-5, 2023, a weekend that has long been reserved for festivals in the resort.

“Jackalope looks like an adrenaline junkie’s dream,” Patrick Duhaney, Virginia Beach’s city manager, said. “With our city’s deep history of skate culture and other outdoor activities, this high-energy, action-packed festival is a great fit with Virginia Beach’s outdoor sports culture and provides a unique opportunity to showcase the city in a way that has never been done before.”

jackalope has been held in Canada for the last 10 years and is scheduled to take place in August 2022 in Montreal.

Its arrival to the Oceanfront is already being praised by leaders in the resort area, as for more than two decades the Patriotic Festival brought visitors to town around the first weekend in June. In October, organizers announced the festival would move to Norfolk in 2022 to have both an indoor option for concerts and to be able to hold the event on Memorial Day weekend. The announcement came only weeks after the Rock ‘n’ Roll Marathon and Something in the Water festival also announced they were not returning.

However, the person more excited than anyone else may be Connor Clifton.

“I can’t stop smiling — this is a win all the way around,” Clifton said Wednesday afternoon.

Clifton, 34, was the self-appointed caretaker of a place known as Thrashmore Woods — a set of BMX trails that for years sat on private undeveloped property near Princess Anne Plaza. Ever since a recent development proposal threatened the trails and the community that uses them, Clifton has been outspoken in desire for the city to establish BMX bike trails of their own.

While Clifton has gained support from city leaders on his proposalhe thinks Jackalope only helps his cause.

“I think Virginia Beach is going to be surprised with how big action sports is away from here,” Clifton said.