A lot of Tijuana’s sewage is crossing the border right now. Here’s why. 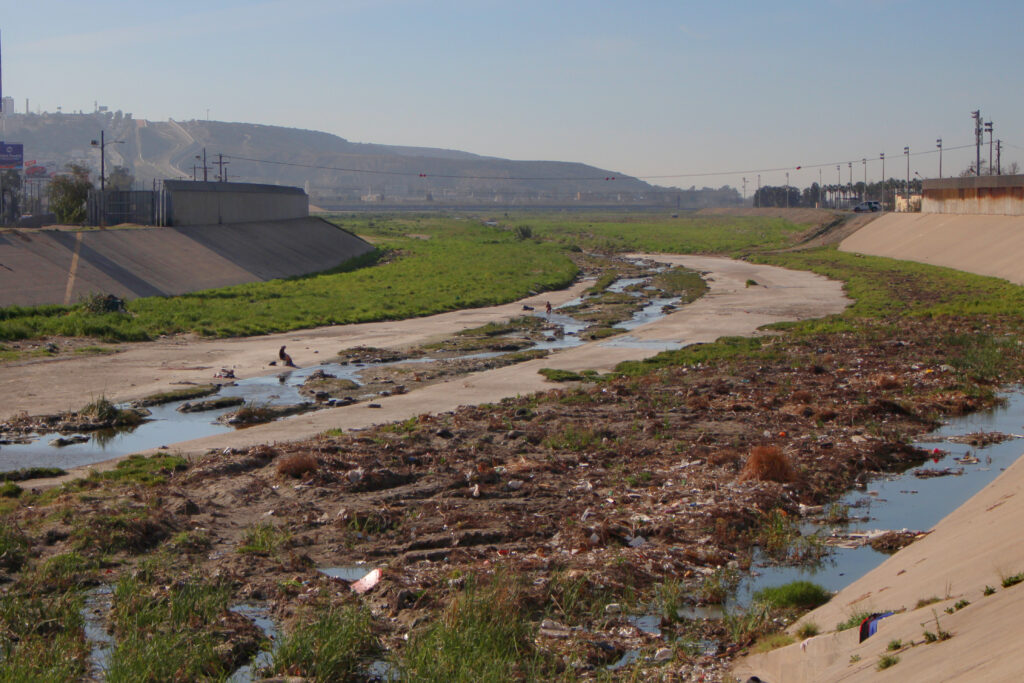 Federal officials crossed the border Tuesday morning to assess damage from the latest sewage disaster on the Baja side.

The good news is that Tijuana does not currently pump sewage to a sewage treatment plant called Punta Bandera which efficiently dumps it, untreated, directly into the Pacific Ocean.

The bad news is that it’s because at least one of the critical sets of pipes that make it there is completely snapped in half. The other is perched precariously atop a crumbling cliff.

This means that much of the sewage that would otherwise be discharged into the sea about six miles south of the border goes to the Tijuana River. The mouth of the river empties into the ocean just below the town of Imperial Beach, and the coast is currently experiencing particularly heavy swells due to a hurricane in Baja – all the conditions are in place to usher in those waters. washed up on the coast and caused the closure of beaches in Southern California.

Officials from the Baja State Public Utilities Commission, or CESPT, said it all started on Saturday when the agency was fixing one of those pipes. Something went wrong after those repairs, causing too much pressure in the pipe, which then blew a venting device where the pipe drops into Matadero Canyon.

Geysers of sewage poured out of this blown device, which began to erode the cliff, exposing a nearby pipe which eventually broke in two. CESPT had to turn off the pumps that send sewage west through these pipes in order to fix it and make sure they don’t leak the two into the canyon.

As of Tuesday morning, the Matadero Canyon was mostly dry because the pumps that carried sewage there were turned off and no longer leaking. But the spill left huge cracks along the canyon walls. One severed pipe hung awkwardly from the cliff and the other looked brazenly exposed, protruding from the earth atop a small, poured concrete base.

Across the border, there was standing sewage outside of Smugglers Gulch on the US side of Matadero Canyon. It’s hard to see the Tijuana River itself, but its shimmering outline could be spotted from the ocean and across the river estuary near a US military aircraft landing base.

Since Tijuana does not send sewage to its own plant due to this rupture, this means that the international sewage treatment plant will sometimes have to handle double the flow rate for which it was built. And this more contaminated river water continued its way to the sea.

“That’s exactly why we want to expand the international wastewater treatment plant,” said Doug Liden, environmental engineer with the US Environmental Protection Agency. “The point of our projects is to get rid of these (pipes) because it never makes sense to pump this sewage upstream, to the coast, especially when it’s not treated anyway.”

EPA spearheads $300 million program series of projects to reduce transboundary discharges of wastewater from Tijuana to San Diego. First on the register is the expansion of the International Treatment Plant to treat wastewater that would otherwise go to Punta Bandera and hopefully remove these often failing pipelines for good.

The latest spill provided a unique insight into the workings of the International Boundary and Water Commission, or IBWC. It’s a little-known federal agency that straddles the two nations but handles water and sanitation issues, legal agreements, negotiations, and interprets treaties. The Mexican counterpart is called Comisión Internacional de Límites y Aguas, in Spanish, or CILA. Each side has its own commissioner, senior engineers and foreign affairs officers.

When Morgan Rogers, the current operations manager for the IBWC treatment plant on the US side, heard about the latest spill, he arranged to meet with his Mexican counterparts at the scene atop Matadero Canyon. CILA officials took Rogers, Liden and a California State Water Resources Board representative, Keith Yaeger, to the canyon to survey the damage.

The trucks were already busy picking up fallen debris from the canyon and filling in the erosion around the pipelines. A backhoe dug huge pieces of sewer pipe buried in the canyon floor as workers searched for a place to reconnect the broken pipeline.

Mexican officials on site estimated that it would take at least a week to fix a pipe and get sewage partially flowing again. They asked Rogers to borrow a pump and vacuum from IBWC to do some of this work, and brainstormed ideas on how best to approach the remaining repairs.

Together, these two pipes can pump about 75 million gallons of sewage a day to the broken plant on the Mexican side. As of Tuesday, those pipes should have been carrying about 20 million gallons a day, federal officials estimate. But without their operation, IBWC estimated that about half of that amount would end up untreated in the Tijuana River and eventually the ocean, and the plant on the U.S. side collects and treats the rest.

For context, a San Diegan uses approximately 140 gallons of water per day. So if it did become sewage, the Tijuana River absorbs as much sewage as about 71,000 San Diegan residents create. This spill is also larger than the region has experienced in a mysterious spill in January, later attributed to a different problem with a pipe on the Tijuana side.

Despite the impending sewage outflow, Imperial Beach was quite busy on Tuesday afternoon with sunbathers boogie boarding and surfing in the water. New San Diego County blue signs warned residents that the water could contain sewage and cause illness. But Nicole Perry took her kids to the beach and everyone swam anyway. It’s a cheap activity for her kids to get some energy out of while school is closed, she said.

“You have to choose the risks you take,” Perry said. “We have been through COVID and social distancing. Where the hell are we going to get some respite? »

She said locals know not to go in when they can see the water is brown and dirty. That’s usually the case in winter and much more fragrant, Perry said, pointing out that shore waters looked clear with hues of blue and green.

Despite failed water quality tests, a known and official report of a sewage spill from Tijuana, and southern swell from a hurricane further south in Baja, the beaches have not been officially closed.

Gig Conaugton, a county spokesperson, said county staff and lifeguards did not observe the spill reaching the ocean, meaning discolored water or odors.

“When the spill reaches the ocean, that’s when action is taken to close contact with the beach water,” Conaughton wrote, adding that the county is closely monitoring water flow. waste in the Tijuana River Valley.

VSD update: Shortly after this article was published, the county announced that Imperial Beach was closed to contact with water.

MacKenzie is a reporter for Voice of San Diego. She writes on the environment and natural resources.