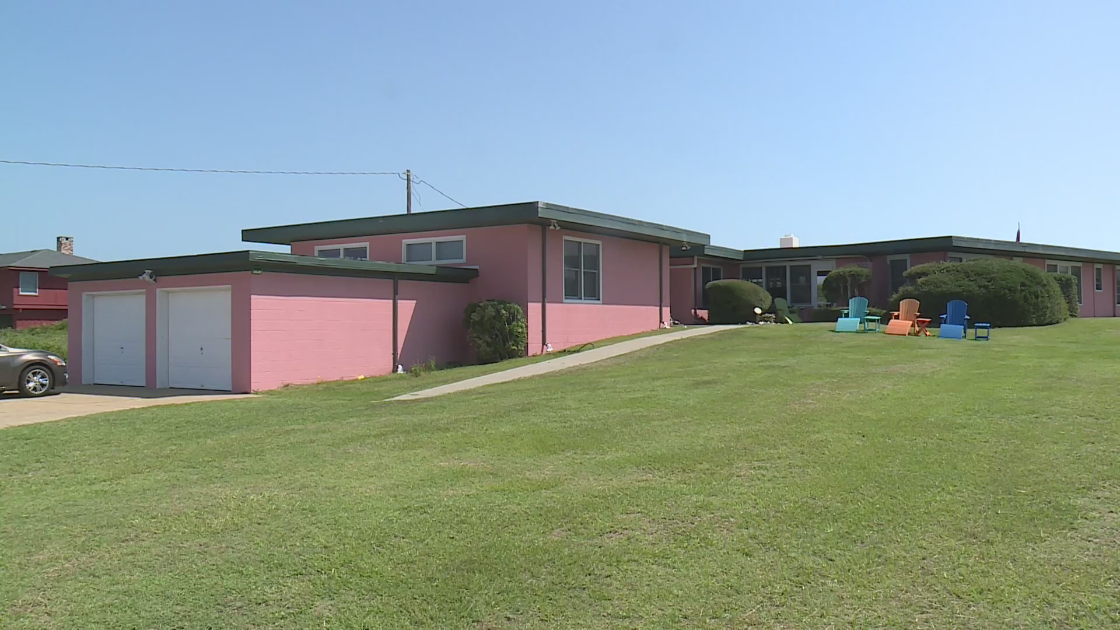 “The story of flat roofs in Southern Shores is the story of mid-century modern homes,” said historian Sally Gudas.

By the 1950s, more than 150 flat-roofed cottages made up the town of Southern Shores. The houses were designed by developer Frank Stick. Today, there are only 25 left, six of which are designated as historical monuments.

“We want to preserve these wonderful pieces of Southern Shores history as much as possible,” Gudas explained.

Sally and Steve Gudas bought their own historic flat roof in 2009 after vacationing in the 68-year-old cabin that sits on Wax Myrtle Trail.

“I fell in love with their uniqueness,” said Steve Gudas.

“Some of the concrete blocks used were made at Kitty Hawk Village and they used old shells and old conch shells and stuff like that,” explained Lee Whitley of the Southern Shores Historic Landmark Commission.

A testament to a simpler time in our country’s history.

Across NC Highway 12 and overlooking the Atlantic Ocean are the Price Cottages. The second house serves as a guest house. The two flat tops were built in the 1940s.

“It was a labor of love, but really just a riot. Our family comes to visit us. It is the greatest joy. They come and they say it’s great, they don’t want to leave,” owner John Price said.

The Price and Gudas families work to help preserve the remaining flat-roofed cabins in Southern Shores through tours and donations. Sally Gudas tells 10 On Your Side This year alone, more than 700 people visited the historic beach houses wanting to learn more about the town’s history.

“I think too many people have made a business out of building superstructures to maximize their return on investment,” Price concluded.