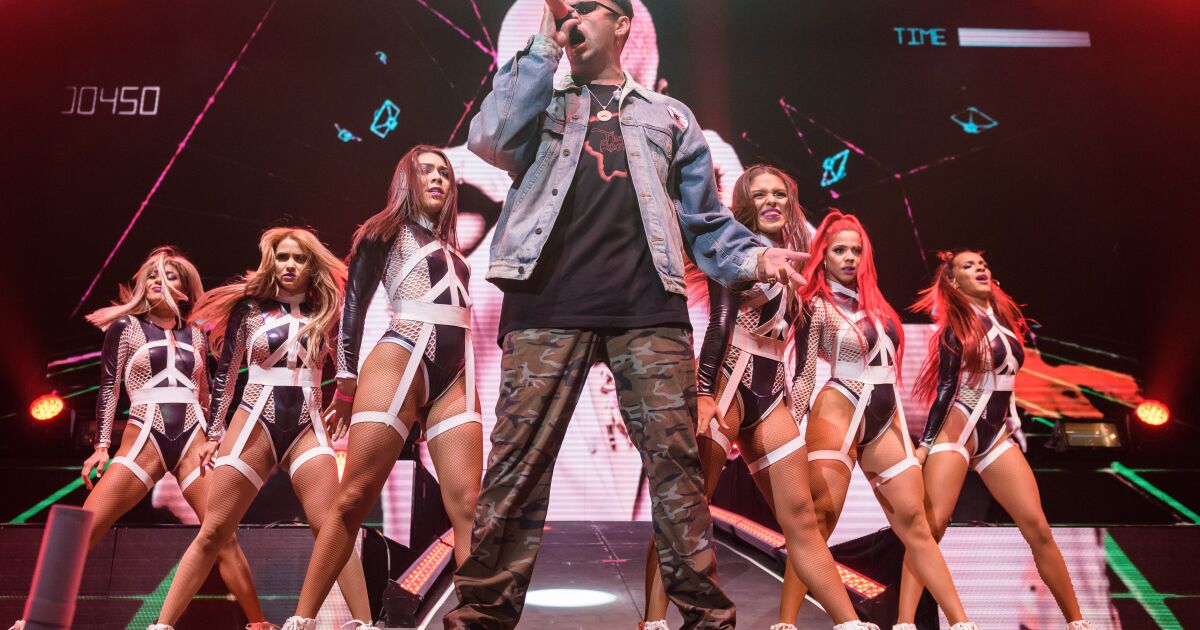 Bad Bunny, who performed to near-full crowds Saturday and Sunday at San Diego’s Petco Park, has 10 nominations in the lead. He and Venegas are nominated alongside Puerto Rican producer and songwriter Tainy for Best Reggaeton Song and Best Urban Performance.

Both nominations are for the song “Lo Siento BB/:,” which Venegas and Bad Bunny co-wrote and recorded together for Tainy’s upcoming new album, “Data.”

Grupo Firme, the brassy banda and ranchera group that headlined their own concert at Petco Park on August 27, is up for Best Regional Song. Their nomination is for the song “Cada Quien”, a collaboration with Colombian vocal star Maluma. The song’s five co-writers include Grupo Firme frontman Eduin Caz.

And Los Tucanes de Tijuana, the controversial narcocorridos band that performed at Dodger Stadium and the San Diego County Fairgrounds Grandstand, is nominated this year for Best Norteño Album. Their nomination is for “Corridos Felones (Serie 35)”, which loosely translates to “Felony Songs”.

Bad Bunny, born Benito Antonio Martínez Ocasio, is this year’s top contender. His 10 nominations include Album of the Year (for “Un Verano Sin Ti,” the best-selling album of 2022 so far in the US) and Record of the Year (for “Ojitos Lindos.” ).

More than 18,000 entries in 53 categories have been submitted for the 2022 Latin Grammy Awards, the 23rd annual event. The winners will be announced during a Nov. 17 telecast on Univision that will air live from the Michelob Ultra Arena at the Mandalay Bay Resort and Casino in Las Vegas.

A full list of nominees is available at latinggrammy.com/en.