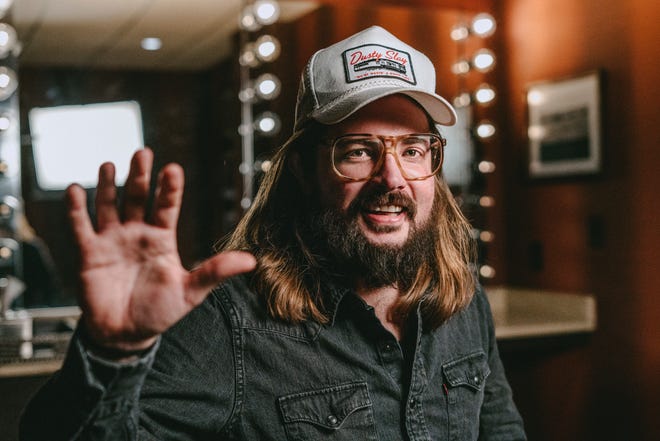 After an event-lit rainy weekend, there’s a lot going on in the Wilmington area this weekend, whether the rain is holding back or not.

As well as two quality musicals playing in theaters downtown, there are three very good stand-up comedians performing, as well as a range of concerts, big and small.

As always, browse our list of outdoor summer concerts in the area (see link below) for even more ideas, and if you’re looking things to do in Brunswick County, we also do a weekly roundup for that.

Plus, I just toured a dozen mini-golf courses in the tri-county area, so check back if you fancy hitting the little links anytime in the near future.

After:Complete list of outdoor summer concerts in Wilmington, as well as Brunswick and Pender counties

At the Odell Williamson Auditorium: Since he last performed in Wilmington at the end of the last decade – in the former location of the Dead Crow Comedy Room – stand-up comedian Dusty Slay’s profile has risen dramatically.

Slay was on “The Tonight Show with Jimmy Fallon” late last year, an appearance he made to promote his inclusion in the popular Netflix comedy series “The Stand-Ups.” Based in Nashville, Slay has a penchant for trucker hats, raising her hand in testimony of Jesus and telling stories about everything from growing up in a trailer park and loving country music to being mistaken for other people’s cousins. 7 p.m. July 16, $35-$55. 910-755-8513 or bccowa.com.

At Waterline Brewing: The Wilmington hip-hop artist known as MoeSOS drops his new album “Garden” on Friday, and on Saturday he will play a show to celebrate with his band, The Wavebreak.

A slick rapper with a political side, this will be the fifth album from Moe, who records for the small GOD VZN label. His most recent opus was last year’s powerful ‘Symptoms of Slavery II’. 8-10 p.m. July 16, free.

After:How Wilmington’s hip-hop scene is navigating the ‘love-hate relationship’ with the city

At the Thalian room: Opera House Theater Co.’s the production of this musical theater classic hits all the right notesthanks to strong performance and production values ​​across the board.

After:The Opera House brings a captivating and moving production of the musical ‘Grease’ to Thalian Hall

At the Hannah Block Historic USO/Community Arts Center: Definitely not for kids, but if you’re a fan of well-crafted musical theater with adult themes, the production of “Dogfight” by the Thalian Association, by the duo Pasek and Paul (“Dear Evan Hansen”), will not disappoint.

At the Dead Crow Comedy Hall: It’s a rare homestand for this Wilmington comedian and actor, who also happens to be the co-owner and co-founder of Wilmington’s Dead Crow comedy club.

Sherrill, who has great material on everything from married life to late-night Taco Bell runs, appears in the Burgaw-filmed Fox TV comedy “Welcome to Flatch” and in the Wilmington indie golf comedy “Birdies.”” 7 p.m. and 9:30 p.m. July 15-16, $15 and $25.

In search of Madras

Dead Crow Comedy Hall: Patel, who last played in Wilmington in 2018 at the former location of Dead Crow, is known as the first Indian-American writer for “Saturday Night Live”. He’s also written for the Oscars broadcast and for the White House Correspondents’ Dinner, and recently made his debut on “The Tonight Show with Jimmy Fallon,” where he opened up about his comedic but horrifying experiences with the security system. American health. EARLY SHOW 6:30 p.m. July 14, $25 and $35.

Jazz at the Bellamy Mansion

At the Bellamy mansion: The Jim Ferris Trio will bring the tunes to this outdoor show, playing a mix of contemporary jazz, funk and fusion. 6:30 p.m. July 14. Small coolers allowed, food and drinks available for purchase. Tickets are $10 to $20. 910-251-3700

At Live Oak Bank Pavilion: Groban performs in Wilmington for the first time, singing songs from her 2020 album “Harmony,” which features her renditions of timeless classics such as Roberta Flack’s pop hit “The First Time Ever I Saw Your Face” and the musical theater standard “The Impossible”. Dream” from “Man of La Mancha”.

Also on the bill is an illustrious cast of supporting actors including the New Orleans Preservation Hall Jazz Band, violinist-singer Lucia Micarelli and singer-songwriter Eleri Ward. Groban, of course, has been known for bringing a classically-trained flair to all sorts of styles, from pop to folk to musical theater, since he was first noticed in the early 2000s. 7 p.m., $24 to $175.

After:Before the Wilmington concert, Josh Groban offers his interpretation of classic songs by Elvis, other

At Airlie Gardens: This longtime Wilmington favorite with an amazing and moving voice doesn’t perform so often locally anymore. So when she does, well, you know what to do. Singing an array of soul-rock covers (“Because the Night” is one) and maybe an original or two. From 6-8 p.m. on July 15, parking is offsite at the Northeast Branch of the New Hanover County Public Library, where you take the free shuttle. Concessions not available, but chairs, blankets and picnics are permitted. Tickets must be purchased in advance and are $10, $3 for ages 4-12, free for ages 3 and under. 910-798-7700

Mary Porter and her friends

At CFCC Wilson Center: Singer Mary Porter will perform a mix of gospel, show tunes and more at this concert to benefit the Good Shepherd Center of Wilmington, local ministry The Feast Gathering and the Wilson Center’s Broadway for a Better World program.

At The Point 14 Theater: The NC Filmmaker Series presents a free screening of this 1994 film, which was shot in Wilmington by brothers Joel and Ethan Coen. Tim Robbins plays a naive whose rapid rise to the top of a toy company belies the dark motives of a sleazy executive played by Paul Newman.

Showcases downtown Wilmington in all its mid-1990s glory, and “Hudsucker” also features Jennifer Jason Leigh doing her best His Girl Friday. After the screening, there will be a Q&A with the film’s production designer, Matt Sullivan. 4 p.m. July 17, free.

At Greenfield Lake Amphitheater: Southern Atlanta rock band Blackberry Smoke returns to Wilmington for what is already a sold-out show, but you may be able to find tickets on the resale market if you’re willing to pay. 6 p.m. July 17, $100 and up.