11 Fabulous Things to Do in Virginia Beach, Virginia 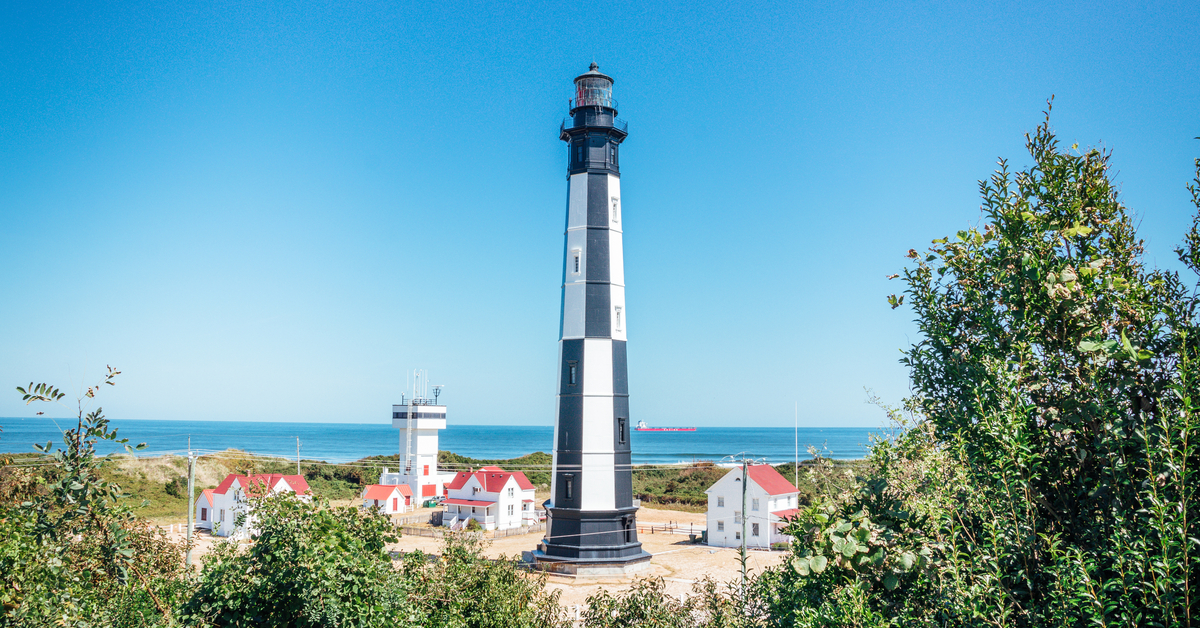 Virginia Beach, Virginia enjoys a prime location on the shores of the Atlantic Ocean. Technically, it is part of the Hampton Roads area, which is also the name of the body of water where the Chesapeake Bay empties into the Atlantic. Other towns such as Newport News, Norfolk, Chesapeake and Suffolk are also part of Hampton Roads. Virginia Beach looks like a suburban neighborhood, everyone knows everyone, but it’s actually the most populated city in Virginia. If you are flying to Virginia Beach, you will land at Norfolk International Airport (ORF).

There are four military bases in Virginia Beach, most of which are associated with the United States Navy. Many people consider it a resort town, and it is, but over time it has also become a popular place for families with its many cultural and recreational opportunities and laid-back atmosphere.

During a recent stay in Virginia Beach, I found 11 fabulous things to do that I would highly recommend and happily repeat when I return.

Virginia Beach CVB and the Southeast Tourism Society hosted me on my visit, but all opinions are entirely my own.

1. Spend time on the boardwalk

One of Virginia Beach’s greatest assets is its 3-mile-long, 28-foot-wide boardwalk along the ocean’s edge. It’s perfect for walking, jogging, walking the dog, people watching, anticipating a brilliant sunrise, and enjoying the many art installations. Most consider it the best walk on the East Coast. Many festivals and concerts are held in various parks along the way, and you’ll find hotels, restaurants, and an amazing 12-ton statue of King Neptune where you’ll want to pose for photos.

2. Admire the marine life on display at the Virginia Aquarium

The Virginia Aquarium & Marine Science Center provides 800,000 gallons of water where a wide variety of animals live and thrive. In fact, there are 10,000 animals representing 300 species inside this vast facility. The exhibitions are designed to make young and old aware of the importance of protecting the marine environment. The aquarium is open daily from 9 a.m. to 5 p.m., but advance reservations are required to limit visitor numbers and provide a safe experience. The Osprey Café is open daily for morning coffee at 9.30am or for lunch from 11am

3. See a wide variety of aircraft at the Military Aviation Museum

Any place that claims to have “the largest collection of…” in the world catches my eye. In this case, the collection housed at the Military Aviation Museum is full of historic military aircraft used during WWI, WWII, and the Korean conflict. Most are in flying condition and have been restored to original equipment. The story has been carefully documented, tracing each aircraft from when it rolled off the assembly line to its specific missions. The planes came from the United States, Great Britain, France, Germany and other European countries. As well as admiring and learning how each aircraft was used, you can experience a thrill ride during the flight season from early April to late October, at an additional cost, of course.

The museum hosts two air shows a year, as well as a children’s summer camp and popular hangar dances.

4. Stroll through the ViBe Creative District, spotting its colorful murals

Between Pacific Avenue and Parks Avenue and from 16and Street at 22n/a Street, you’ll find an extensive public art display featuring dozens of murals. During the 2021 Mural Festival, for example, 10 murals were painted in 10 days by 10 different artists, and the number of art installations keeps growing. The blocks are very walkable and the intention is to make art accessible to the public for free 24 hours a day.

5. Treat yourself to a massage or body treatment at the Edgar Cayce Fellowship for Research and Enlightenment

Edgar Cayce was described as a clairvoyant who lived in the United States from 1877 to 1945. He claimed to have visions and to be able to interpret dreams and concoct cures for illnesses while in a hypnotic state. of trance. His words while in this state have been recorded by trusted friends, and over 14,000 of these “readings” have been cataloged and housed at the Edgar Cayce Association for Research and Enlightenment (ARE) at 215 67and Virginia Beach street. The Association continues to develop tools for physical well-being and growth based on Cayce’s New Age spirituality.

At ARE Health Center & Spa, holistic services include massage therapy, hydrotherapy, acupuncture, and chiropractic treatments. Those who have experienced one of these massages rave about the benefits.

Indulging in a decadent Sunday brunch while on vacation has got to be among the most delicious splurges and having such an indulgence in a historic hotel’s signature restaurant adds to the occasion. A homemade cinnamon bun or eggs deviled with caviar make great starters, but I highly recommend saving room for the Cavalier Benedict which is two perfectly poached eggs, chunk crabmeat, wilted spinach and a creamy hollandaise sauce. A gourmet coffee will give you plenty of reason to linger.

7. Dive into the pools during your stay at the Holiday Inn & Suites in Virginia Beach

Granted, there are plenty of beachfront hotels in Virginia Beach, but I noticed several special amenities at Holiday Inn & Suites that would have particular appeal to travelers with kids or grandparents with grandkids. The first of these would be the variety of pools available to customers. From the beginning of May to the end of October, a large outdoor swimming pool is open with fun slides. During the winter months, a heated indoor pool, children’s pool, and lazy river create a beach vacation feel, even when outside temperatures are freezing.

Splash Kamp is an engaging children’s play area that includes a resident turtle, and a 48-seat movie theater allows for fun without leaving the premises. The hotel borders a section of the beautiful Virginia Beach boardwalk, and the Isle of Capri restaurant on the sixth floor offers beautiful views of the Atlantic Ocean and delicious Italian cuisine.

“Waterman” is a term used to refer to someone exceptional in fishing, surfing, or other sea-related pursuits. Waterman’s Surfside Grille is exceptional in several categories: location, seafood, and family history. Located in a prime location along Atlantic Avenue with an incredible view of the waves, Waterman’s is particularly known for its crab cakes, crab soup and original Orange Crush drink. You’ll find salads, burgers, ribs and steaks on the menu, but most arrive looking for great seafood.

Before or after your meal, plan to spend some time browsing The Beach Nut, a clothing and gift shop inside the restaurant.

Pro tip: I ordered the crab cakes, and they were as good as advertised.

Scheduled each year at the start of hurricane season when the waves are likely to be at their best, the East Coast Surfing Championships will bring together surfers from around the world for this year’s 60th anniversary event. This late August contest is sponsored by Coastal Edge Surf Shop, one of the most impressive shops of its kind. Thousands of visitors line the beach at 1st Street at 9and Street planning to support food vendors, artisans and those participating in surf contests as well as flag football, volleyball, skateboarding and swimsuit modeling contests. Amateurs and professionals have appropriate categories to enter.

Pro tip: Coastal Edge Surf Shop sells absolutely everything beginners and advanced surfers need, plus camera gear to make sure your efforts are documented for all to see.

10. Climb to the top of Cape Henry Lighthouse

If you choose to walk the 191 steps to the top of Cape Henry Lighthouse, you will be rewarded with sensational views of the Chesapeake Bay. The lighthouse is historic, having been built in 1792 as one of the first projects approved by the new US government. A second lighthouse followed in 1881. This second is painted black and white and is the more recognizable of the two. Adult admission is $10. The lighthouse is open seven days a week. Note that visitors must be at least 42 inches tall to climb the tower.

Also note: the location is close to where the first English settlers landed in 1607. You’ll want to check that out while you’re in the area.

11. Watch whales and dolphins on a boat tour

The whales are active in the area from December to March, then the dolphins take over from late March to October. For the chance to see the antics of these amazing animals up close, plan to book a boat tour through their territory. Remember, however, that no tour can guarantee that there will be plenty of sightings. You might see 20 whales during your visit, and future visitors might only see one or two.

The Virginia Aquarium is a source for booking a boat trip. Rudee Tours is another highly recommended company. Check out their websites, find a date and time that works best for you, then follow all of their guidelines.

These 11 recommendations give you a place to start, but I can assure you there are more restaurants and attractions, as well as plenty of festivals and seasonal events designed to entertain, educate and amaze those who visit Virginia Beach, by Virginia.

For more inspiration for your Virginia Beach vacation, consider: